Better to Have Loved by Christy Jackson Nicholas 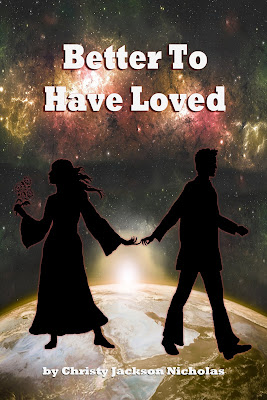 Based on a true story (the author's story actually), Better To Have Loved by Christy Jackson Nicholas is a tale to remember.
It's 1967, and Julie is searching for something. Whether it's herself, a companion, or her future is unclear, but Julie knows that she won't find it at her home in Michigan. She travels to England, California, Spain, Scotland, and Denmark in search of whatever she needs to find herself...and love.
Kirsten, Julie's daughter, is searching for her father. The man who has been missing her entire life. Without Julie's knowledge, Kirsten delves deep into Julie's history to see if she can find any trace of this mystery man. But if she finds him, will he be everything she had hoped for in a father?
Unexpectedly, Better to Have Loved was a very memorable story. During the week, if I had to put my Kindle down, I found myself thinking back to Julie and Kirsten's story, wondering what on earth was going to happen. Would Julie end up happy? Would Kirsten find her father? Was something bad going to happen? I had no idea. But that intrigue had me positively begging for more.
This book isn't perfect. Julie's character had certain traits that made me twitch (such as her way of speaking for a young American in the 60s), and it is possible for the reader to get lost with the different plots running parallel with each other. But anyone and everyone can find flaws with what they read.
I'm very glad I was approached to do a review of this book, because I don't know if I would have picked it up if it weren't for the review request. I highly enjoyed this book. That's 2/2 now with Ms Nicholas' work, and I'm certain I will enjoy future work of hers as well. 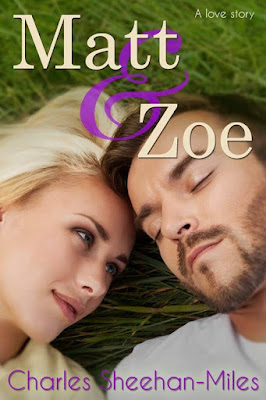 In one second, the life Zoe Welch knew like the back of her hand was gone. All it took was one freak accident to kill both of her parents, and leave her, an Army Sergeant currently stationed in Tokyo, and her eight year-old sister, Jasmine, orphans.
Now Zoe has to leave Tokyo, rescue her sister from temporary emergency housing, and become a parent to her only living relative.
Matt Paladino has a deep, dark past that is better off staying hidden. The chapter of Matt's life which closed when he was eighteen must stay closed. Forever. But will meeting and falling in love with Zoe Welch dredge it all back up again? If Zoe learns the truth, will she and Matt be able to create a future together?
Or is all lost for Matt and Zoe?
After being a long-time fan of Charles Sheehan-Miles, and after reading seven novels and two novellas written by this magnificent author, I am confident and comfortable in saying that this story is much different from his previous work. (For the better, or for the worse is up to the reader.) Just as it was in Charles' Thompson Sisters series, Matt & Zoe (the book) concealed certain irresistible aspects to keep a reader guessing. (Zoe's military background, Matt's mysterious upbringing, their serendipitous way of meeting, etc.) These were all little drops of magic that didn't come as a surprise, coming from a Charles Sheehan-Miles story.
Unlike Charles' Thompson Sisters series, I feel almost as if Matt & Zoe didn't have that final ingredient to leave me gasping and wanting more. I was satisfied when it ended, much like my satisfaction with any contemporary romance with a happy ending. When I finished it, my emotions were a complex combination of being disappointed that this wasn't another "My life will never be the same" story (as I felt with his previous novels), and thinking that I shouldn't be surprised with the overly sweet ups and downs that one typically finds in romance novels.
Perhaps it was me, and I unrealistically expected something beyond a simple, sweet love story. Sometimes that's all one needs in life. A love story to make you worry for the couple, to make you sigh when they have their first kiss, and to make you swoon when they finally realize they're meant for each other. If you go into Matt & Zoe knowing the genre, you will not be disappointed. It certainly satisfied in that field.
Certain parts of Matt and Zoe's story caught my attention every time I came to one of its chapters. (Zoe's veteran group, and Matt's family's past were my FAVORITE part of the book.) Charles Sheehan-Miles has not lost his umph--the bits of Charles that make his work as remarkable as it is. But Matt & Zoe are certainly a change from the action-filled political intrigue I am used to from Charles Sheehan-Miles.

ebook
Posted by The Literary Connoisseur at 10:59 AM No comments:

Career of Evil by Robert Galbraith 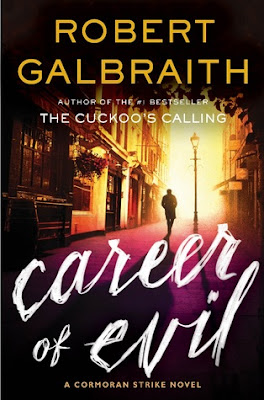 Career of Evil, the third installment of Robert Galbraith's Cormoran Strike saga, must be the most terrifying installment yet. At least in my opinion.
Robin, Cormoran's assistant, and co-investigator in Mr Galbraith's previous mysteries, has just received a severed leg in the mail from an unknown psychopath. Who it belongs to is a mystery just as puzzling as the identity of the perpetrator who sent it.
But one thing's for sure. Whoever singled Robin out has a desire for revenge that cannot be sated, until they come face-to-face with their biggest enemy...Cormoran Strike.
In Career of Evil, Mr Galbraith places you in the killer's POV many times, to give you an insight into just how mentally unstable this character truly is. He does a very good job of it too.
I have read many disturbing plots. I've read about many murders, mutilations, and violent acts. Although those are twisted and hard to get through in their own way, Career of Evil has truly reached a new level of the shock factor. This book and the killer's acts were so disturbing, I have to applaud the author for giving such a realistic insight into this gruesome mystery.
Please don't get me wrong, this book is not horrible. It's quite the opposite. It's brilliant. Disgustingly, disturbingly brilliant. Career of Evil makes you want to catch the villain almost as much as Cormoran and Robin do. Career of Evil makes you feel. It's fast-paced, terrifying, horrific, and oh-so wonderful.
This book has made me fall in love with this series even more. It has made me long for more of Cormoran and Robin's story. It has proven the brilliance that Robert Galbraith is capable of writing in the future.

Flights of Angels by Cindy Brandner 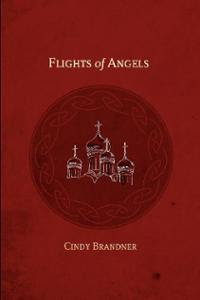 I have told my fellow readers many times that Mermaid in a Bowl of Tears by Cindy Brandner is my favorite Exit Unicorns book. That was the book that clicked for me. I got sucked in more instantly than I did with Exit Unicorns, and its story was the one to prove to me that Ms Brandner's work is truly exceptional.
That being said, Flights of Angels, book three in the Exit Unicorns series, sold me for good. This book in particular has taken the Exit Unicorns series off my "favorite series" list, and put it near the very top of my "exceptional series" list. The list that contains such authors as Susanna Kearsley, John Green, Diana Gabaldon, and yes, even J.K. Rowling. (Of course J.K. Rowling will always be my end all be all, but there are some authors who come pretty close to her status in my book.)
Cindy Brandner's storytelling in Flights of Angels (Jamie's story in particular) sets the bar higher than ever before. Now, authors I read will have to prove themselves if I am to compare their writing to Ms Brandner's.
As I look back on my read of the series, I stand by my previous statement (in my Mermaid in a Bowl of Tears review, I think), that her writing has gotten better, more advanced, and her stories have grown into a stunning masterpiece. There are many books I read and review on The Literary Connoisseur that I truly enjoy. I find them fun, charming, and satisfying to a reader's mind. I read many books that reach that standard of mine, but Ms Brandner's Exit Unicorn series is truly exceptional. She has bypassed the "favorite review requests" category in my head, and has proven what she is capable of.
Cindy Brandner's books deserve to be the first thing you see as soon as you walk into Barnes and Noble. When The Reading Room, or Book Riot posts "books to read to bring you out of your reading lull," Exit Unicorns should be front and center.

These are the "It" books. The Exit Unicorns series ages like a fine wine, it only gets better with age.