The Dead World by Stephanie Erickson 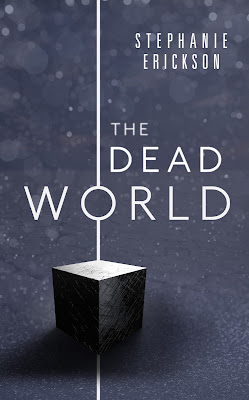 The Dead World, Stephanie Erickson's second book in The Dead Room trilogy, will haunt you to your very core.
Without giving too much away, we began the series with book one, The Dead Room, and learned that what used to be civilization is now something out of our worst nightmares. Told during two different points in time, The Dead World teaches us what led to this turn of events, and what our main characters can possibly do to reverse it.
If I thought The Dead Room was "good," The Dead World was even better. I finished the entire book in one sitting (4 1/2 hours to be exact). I could not stop reading. It may have been because I've been in a serious reading lull lately (because, of course, work gets in the way of precious binge-reading time), but I am willing to bet than anyone who picks up The Dead World will be sucked in to Ms Erickson's story immediately.
I was so hooked, I even considered starting book three, Alive, at 4:30am. Who needs sleep when a story is this good?
I am absolutely addicted to the Dead World. I have to know what's going to happen, so pardon me if I cut this review short to make room for more reading time later.
Ms Erickson's books can only be compared to remarkable episodes of The Twilight Zone. When she sets up a story that is sure to captivate you until the very end, it would be an injustice to put it down.

Posted by The Literary Connoisseur at 3:10 PM No comments: