The Blackout by Stephanie Erickson 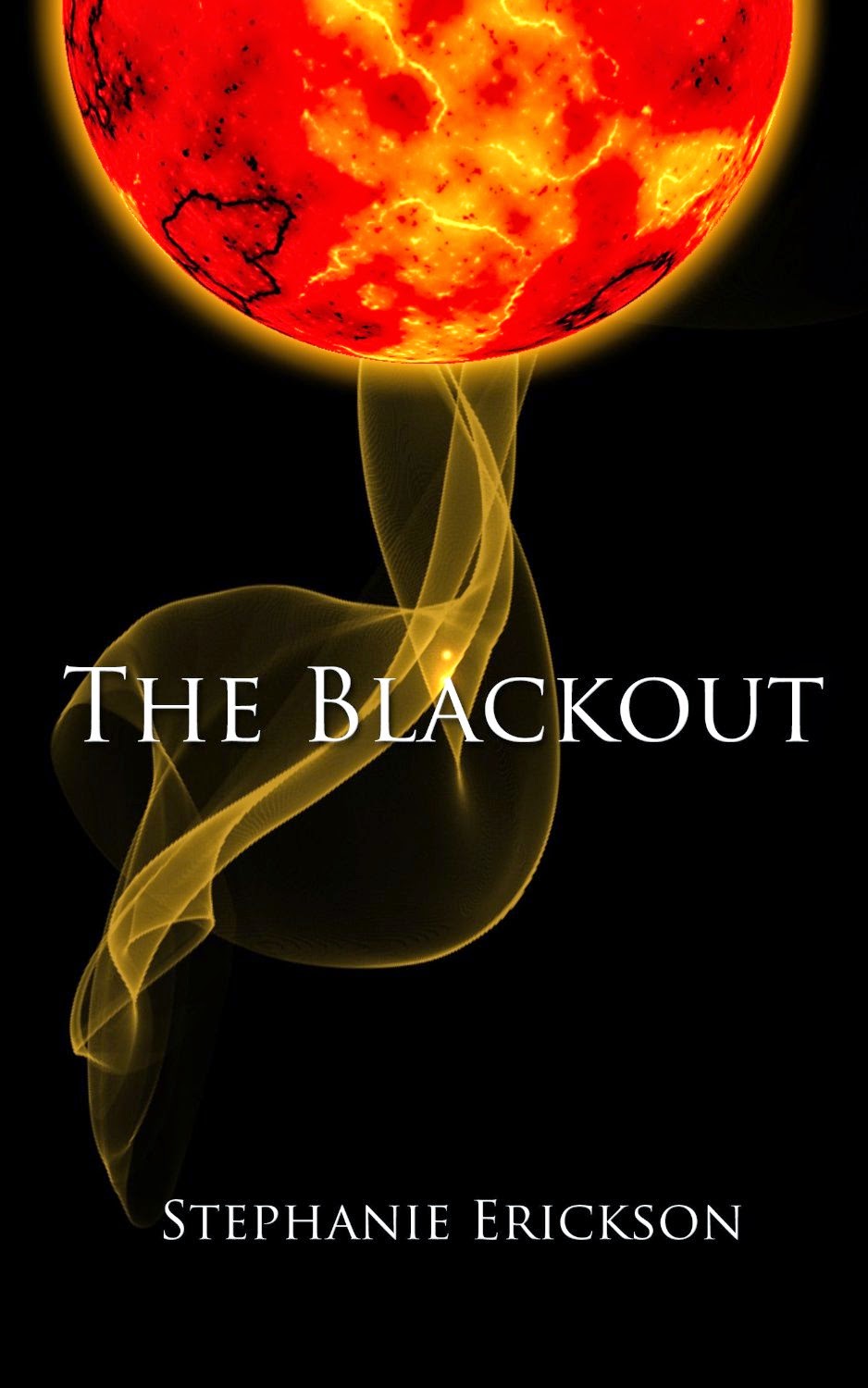 Stephanie Erickson takes the "what ifs" of the storytelling world, and makes them a reality. Every plot that I read of hers is positively mind-blowing, and I've even told her this.
How in the heck does she do it??
The Blackout was just as amazing as the first book I read by Stephanie Erickson, The Cure. If anything, The Blackout will appeal to even more literary lovers than The Cure, because The Blackout affects humankind as much, or possibly even more so than the lethal disease in The Cure...
Imagine you're spending your day as you would any other day. You spend your morning at home, possibly cleaning. Or you go to work, and see the coworkers you see every day. You take lunch, perhaps pick up your children from school on your way home from work, and everything is going as planned.
Until the power goes out.
But it's not just the power. Everything just...stops. Phones stop working, cars stop driving, light, power, electric, water in the pipes--everything.
Now, this may not be the worst thing that can happen on earth (although, to some who are overly attached to their phones, it is entirely possible that this truly IS the worst case scenario). But when your husband is on the opposite side of the country for business, and you're home alone as scavengers come and start terrorizing the community, The Blackout may just be the end of you.
This story is told in two perspectives; Molly's, who is in Florida fighting for her life, and Gary's who's in Pennsylvania, desperately trying to find a way to get back home to his wife...even if it means dying along the way.
This book had my attention the whole way through. At no point did I ever feel that it was dull and lacking interesting scenes. It had me until the very end.
Now that I've read two of Stephanie Erickson's books, and LOVED them, I cannot wait to start her latest and greatest novel, Unseen!

The Cure by Stephanie Erickson 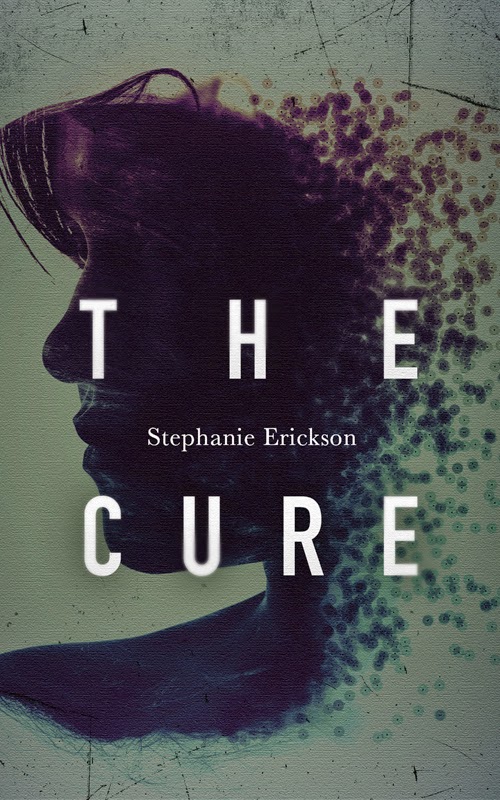 The Cure by Stephanie Erickson starts out like all dystopian society books out there. Something has flipped North America upside down, and turned it into a twisted society with rules and regulations that can only be described as cruel.
But that's where the similarities stopped.
In The Cure, a deadly disease has spread throughout North America, and nearly wiped out everyone in its path. Although, thanks to this new society's founding fathers, the disease has eventually slowed down with frequent testing on those who sacrifice themselves for the greater good. (Which means, all those who have not been wiped out by the disease are forced to sacrifice themselves to find a cure.)
Now, finding a cure for the horrible sickness may sound good at first...but will you be willing to risk your life, and your family's lives for the cause?
This is where we meet Macey Holsinger. Macey's date is rapidly approaching. This is the day where Macey finds out when she will officially be tested for the first time to try and help to find a cure. Macey would be excited to hear this news, if it weren't for the fact that most of the population doesn't survive the government's "tests" to find a cure.
Will Macey survive her testing? Or will she find a way to avoid her imminent demise?
I loved this book. I love, love, LOVED this book!
It had the same ingredients to make the perfect Young Adult, dystopian society novel, but it had an extra spice in there to make it incredible.
Ms Erickson's writing and way of describing characters, scenery, scenes, etc., made it easy to read, enjoy, and understand. She didn't go over the top with details to bore you, and most of all, her main character was LIKABLE. There are too many books I read with female main characters, even popular ones that I've rated five stars, that make me want to toss the book across the room and kick it out the door. But The Cure didn't have that. I fell in love with Macey the day she painted the forbidden American flag in art class. (Don't ask, just read the book.)
As I write this, I have just finished The Blackout (by the same author), and I can say now, with gusto, that Stephanie Erickson's stories are completely irresistible.
The Cure is amazing. That's all I can say about it. And without spoiling things, I will say that part of the reason why I loved this book so much, was because I absolutely adored its ending. It is unlike any other.
Between you and me (and, well, all of the other people who are probably reading this), I loved this book much more than I loved some New York Times Bestselling series in the same genre. I could easily see The Cure making it to that list, and bypassing some popular series along the way. 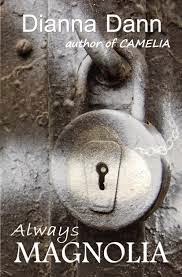 Bobby Jack Beaumont has lost his memory. Everything he's ever known, completely gone.
After an accident that leaves Jack's memory entirely blank, Magnolia decides she must take it upon herself to remind him of who he used to be. Jack. Her friend, her confidant, her boyfriend...the love of her life.
Magnolia and Jack have had their troubles in the past...but this is the present. Jack is an entirely new person now, and Maggie loves him.
Maggie must bring his memories back, even if it's painful for him to hear what he's done in the past. She's hoping something will spur his memory to come back...but Jack has to learn that sometimes you can't believe everything you hear.
I have to tell you, Always Magnolia is not for the faint of heart. This book is the ultimate puzzle. It will keep you guessing the whole way through its chapters.
At first, I was a bit lost in this book's twists and turns, but soon enough, I became emotionally invested in the outcome of this story. It has a slow beginning, but believe me, the end will leave you speechless.
Just as I felt with Camelia, I believe Dianna Dann has written a winner.
Dianna Dann has an irresistible and different writing style that will capture the heart of each and every reader that picks up one of her stories.
At least, that has happened with me.
Although it took me a while to get into Always Magnolia's story, once I was in, I was done for. I thoroughly enjoyed it throughout the rest of the book, and I was extremely tempted to start over again and reread it as soon as I was finished with the last page.
This book is dark, mysterious, mind-boggling, and completely irresistible.

Posted by The Literary Connoisseur at 3:39 PM No comments: 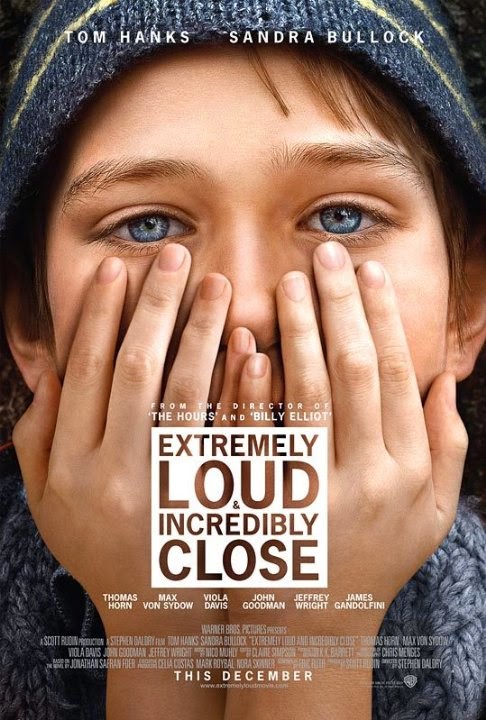 Extremely Loud and Incredibly Close probably has to be one of the most difficult books I have ever had to read. Well, I didn't have to read it--I wanted to.
I felt like I really needed to read this book due to its subject matter. It's something most everyone in this day and age has to come to terms with eventually: 9/11.
This book wasn't difficult to read because of the writing, or because of the fact that it was told through the eyes of a young boy (who, I'm almost certain, has a form of Asperger Syndrome). This novel was most certainly difficult to read because it took place during and right after a world tragedy (because face it, this day affected everyone, not just Americans), told by someone who was directly affected by the horror of that day.
This book tells the story of Oskar Schell.
At the very beginning of our story, Oskar finds a mysterious key at the bottom of a broken vase. We don't know what it goes to, what it unlocks, or who has owned it. All Oskar knows is that it was found in his late father's closet.
Oskar becomes obsessed with this key. Perhaps in some way, if he were to find what it goes to, he could be at peace with his father's death. Or perhaps he will find out whatever happened to The Sixth Borough of New York City. Or why this person named "Black" was obviously important enough to have their name on the envelope containing the key.
So many questions need to be answered, and if there's one person who can solve these mysteries, it's Oskar.
Out of all of the main characters I have read about in books, and all of the perspectives I have read, I would have to say that none come close to being as oddly extraordinary as Oskar. He cracks open the face of ordinary life, and gives us all (his readers) a peek at the wonders of the world that only he can see.
Johnathan Safran Foer has given the world a new perspective on life. There are so many unique children out there who are misunderstood, just because their brains work differently than ours, and Mr Foer gives us a look into their reality. When you read Extremely Loud and Incredibly Close, you will have a whole new outlook on the world. This book just goes to show that everyone's brains work differently. And in some cases, the people with brains who may seem a bit odd really have an extraordinary view of the world that you will only get a glimpse of through books like these. Incredible.
This book is amazing. I fell in love with Oskar immediately, as soon as I opened my book to page one, and my love for this book only grew as his quest to find the lock to the mysterious key commenced.
That being said, I also did my share of crying. Between the book and the movie, I think I have cried enough tears to fill a large swimming pool.
Of course when you read about the subject matter of this book, you will be hesitant. "Do I really want to read about the tragedy of 9/11? Is it too much?" And the answer to that is simple.
No, you probably don't want to read about the horrors of that day, and you especially don't want to read about a little boy whose father passed in the towers.
But you need to. Everyone who was alive during that time, or is growing up in a world where horrible things like this happen, needs to read this book. Extremely Loud and Incredibly Close teaches us that horrible things happen in the world, but so do remarkable things.
Sad things happen in the world. Ironic things happen. But most of all, beautiful things happen in the world and they need to be shared and heard.
Johnathan Safran Foer has definitely accomplished writing a spectacularly emotional and moving piece.