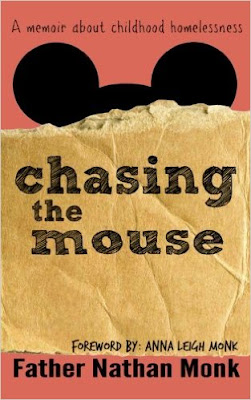 I've been a fan of Mr Monk's for quite a while. A page that I follow on Facebook once posted about all of the remarkable things he has done for the community (promoting equality, sheltering the homeless, and helping the community in general), and I had to start following his progress to see what extraordinary things he was going to do next.
Then one day, Mr Monk posted about his book, Chasing the Mouse. I contacted him and offered to help promote his story, so that people could become more informed with what steps he has taken in making the world a better place.
Chasing the Mouse tells the story of Nathan Monk, his childhood experience of being homeless, meeting his wife, and becoming a father (both literally and spiritually). Rebellion, love, life, family, broken promises, and creating lifelong memories are also key to this book, and he does a good job of letting that be known. Nathan is the narrator of the story, so each reader of Chasing the Mouse will receive a firsthand experience of the reality of growing up homeless. Now, he is not a professional author, and there are flaws that every book critic would just foam at the mouth to pick apart, but readers of this book must appreciate it for what it is. A man conveying his story in his own way, and telling the world what truly matters in life.
This book is a very powerful read. I enjoyed it very much, and I took a lot of meaningful aspects out of it, that I'm positive will come back to me throughout the years.
I will, and already have, recommended this book to friends, saying that there's a scene at the end that will nearly bring you to tears. (I know I came close!)
Now Nathan Monk spends most of his time with his family, and helps to take people off the streets and put them into homes, shelters, and communities. He does remarkable work, and if you follow his progress, I guarantee you will notice the impact he is making on the world.
Thank you, Nathan, for telling us your story. It was a beautiful one. 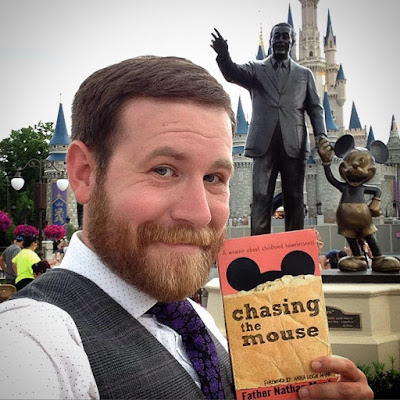 Nathan Monk is a civil rights activist, author, and former Orthodox priest. He resides in Pensacola, FL with his partner Tashina and together they are the parents of three children, Kira, Selena, and Gideon. Though he is best known for his social activism, he has been frequently spotted frolicking with woodland creatures. For more than a decade, Nathan has worked tirelessly for social justice, specifically for the homeless. Nathan holds a Masters Degree in Theology and served as a priest for eight years before resigning in 2013 after stepping out in support of marriage equality. He was subsequently declared de facto excommunicated and defrocked by the hierarchy of the Church, though the Church fell short of formally processing any official declarations of laicization. Currently, he is the executive director of a non-profit that focusing on housing solutions for homeless families. Over his career, he has received notable awards, appointments, and national media for his accomplishments in the area of social justice. He was appointed by Mayor Ashton Hayward III as the co-chair of the Task Force on Human Services, a focus group tasked with finding practical solutions to address homelessness and poverty. The Pensacola City Council appointed him to the City Planning Board. He received international recognition for helping fight to overturn the city’s notorious “blanket ban” which made it illegal for the homeless to utilize any device to shield themselves from the elements.

Posted by The Literary Connoisseur at 5:21 PM