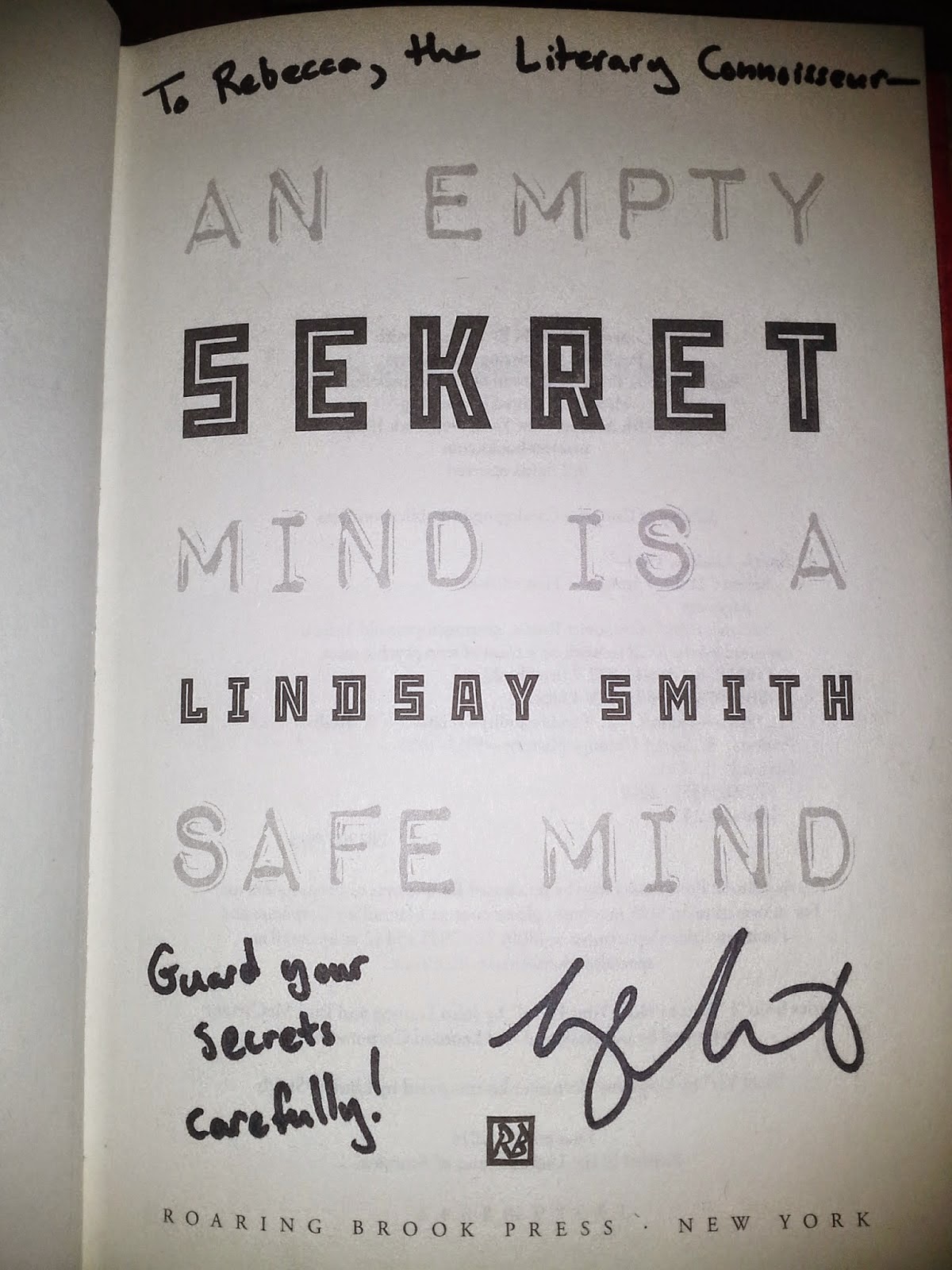 After my amazing experience at the spring Fierce Reads Tour at the Vero Beach Book Center back in May, I knew I had to learn more about the incredible authors that were featured at the event. I recently got in touch with Lindsay Smith, author of Sekret, and asked if she would honor my blog with an interview since she was such a pleasure to speak with in person.

So, my fans, enjoy this little conversation between the amazing Lindsay Smith and myself, where she talks about her life as an author, her book Sekret, her upcoming work, and her future as an author.

Lindsay Smith: I’ve always loved writing, but becoming an author always seemed like a title someone else bestowed on you. I toiled away on all kinds of silly stories with no hopes or plans for publication. The internet writing community changed all that—not only did I come across people who had been through the process and were willing to discuss it, I found others who were in my position, whose works I’d critique and they’d critique mine—it was incredible! Taking ownership of my writing and of my publication pursuit is what led me to “published author” status—recognizing that ultimately, only I had control over the quality of the story I was trying to tell and the path I sought for publication with it.

The Literary Connoisseur: Tell us a bit about your book, Sekret.

Lindsay Smith: Sekret is about a group of psychic teenagers in 1960s Soviet Russia who are being forced to use their powers to spy for the KGB. It’s got lots of Cold War-flavored espionage, the space race, and more, but the main character, Yulia, struggles with personal issues as well—her family and her identity, romance, and loyalty. It’s hard to know who and what to trust when everyone around you can read your mind!

The Literary Connoisseur: The plot of Sekret has intrigued readers young and old. How did you come up with it?

Lindsay Smith: I’m a huge Russian history and literature buff, and I’ve always wanted to write a YA story set during the communist period. The psychic element came to me when I was thinking about the intense levels of paranoia and distrust the average Russian citizen lived with daily—they didn’t know who they could speak freely around or where, and their thoughts were the only guaranteed safe place to dissent. Then I thought—what if I took that away, as well?

The Literary Connoisseur: You, Anna Banks, Marie Rutkoski, and Katie Finn (also known as Morgan Matson) all traveled around the east coast of the United States for your spring Fierce Reads Tour. Tell us a bit about your involvement with Fierce Reads.

Lindsay Smith: The spring Fierce Reads tour was so fantastic! Macmillan has been such an incredible publishing house to work with, and the Fierce Reads program is awesome—social media, street teams, and of course the in-person tour! I loved getting to meet Anna, Marie, and Morgan and talk all about the writing life with them. I was the debut author of the group, but they were so welcoming and helpful, and it was such an honor to meet so many readers!

The Literary Connoisseur: What has been your favorite thing about being an author so far?

Lindsay Smith: Aside from seeing my goofy made-up stories turned into a real physical thing? ;) I’ve loved hearing from people who connected with the book, whether it was just a character touching them or learning something new about history.

The Literary Connoisseur: What made you choose Soviet Russia as your story setting?

Lindsay Smith: The unending struggles in Russia’s history have always fascinated me—Russians have endured so much tragedy and strife, which is always ripe for dramatic tension. I also think it’s a period largely unexplored in historical fiction, especially YA, yet I think it’s so important a time period to study.

The Literary Connoisseur: Which of your characters was most fun to write? Yulia? Valya, perhaps?

Lindsay Smith: I love Yulia, but she can be challenging at times! She’s very strong-willed, and it gets her in trouble quite a bit. Valya was really fun to write—his creativity and passion for music contrasts with how buttoned-up he tries to be the rest of the time, with his personality and his powers both.

The Literary Connoisseur: Is Sekret going to be a series?

Lindsay Smith: A direct sequel to Sekret, Skandal, will be out in April 2015! I’m also working on an ebook-only novella prequel of sorts that should release a few months before Skandal—that one’s set at the end of World War II. And I have a short story with Larissa set during the Cuban missile crisis that’ll be in the Fierce Reads anthology next year.

The Literary Connoisseur: Are you currently working on any new projects?

Lindsay Smith: Right now, I’m editing my Fall 2015 release, Dreamstrider, a YA high fantasy that’s sort of like Graceling meets Inception. It’s about a girl who can use dream magic to take control of people’s bodies while they’re asleep, but then the nightmares start leaking out . . .

The Literary Connoisseur: Where would you like to see yourself in five years?

Lindsay Smith: As long as I’m still writing and publishing, I’ll be thrilled! 2014 has been an incredible year for me—debut novel, finishing grad school, marrying my sweetheart/best friend—that it’ll be tough to top, but I look forward to trying.

My review for Sekret by Lindsay Smith: 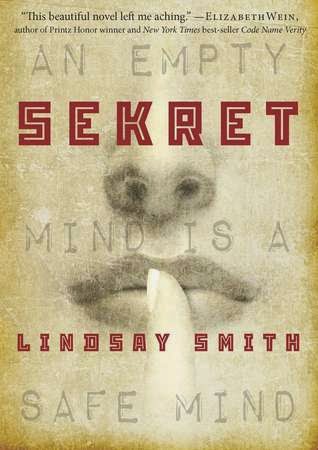 Sekret by Lindsay Smith has to have one of the most intriguing plots I have ever read.  It's during the Cold War in Soviet Russia, and things couldn't be any more tense. It doesn't help that our main character Yulia is a ward of the state and is constantly on the run in fear for her life. But that's not the only secret (or Sekret) Yulia is hiding. When she picks up items, she can find out details and secrets about their owner...details and secrets the KGB wants and needs from Yulia.  Yulia is now being held against her will with other young adults with mind powers, learning ways to benefit the KGB and take over Soviet Russia.  This book is unlike any other. Throughout, I kept thinking to myself, "Is this like (insert book title here)? No, it's like (insert other book title here). Wait, no it's not!"  It is so different, so unique, and so unlike many YA books out there, it's quite extraordinary.  This book was very addicting. I couldn't put it down for fear of something bad happening to the characters if I left them alone for more than five minutes.  At the last stop of the Spring Fierce Reads Tour at the Vero Beach Book Center, I had the pleasure of meeting Ms Smith and I have to say, she was absolutely extraordinary! She was sweet, intelligent, and just amazing. I could easily see where the brilliance of Sekret came from.  I actually returned to the Vero Beach Book Center a few days later, and on the way home, read as much as I could of Sekret before I got home. I could not put it down!  The beginning will captivate you, the middle with entrance you, and the end will have you holding your breath. It's fun, exciting, and scary as heck! 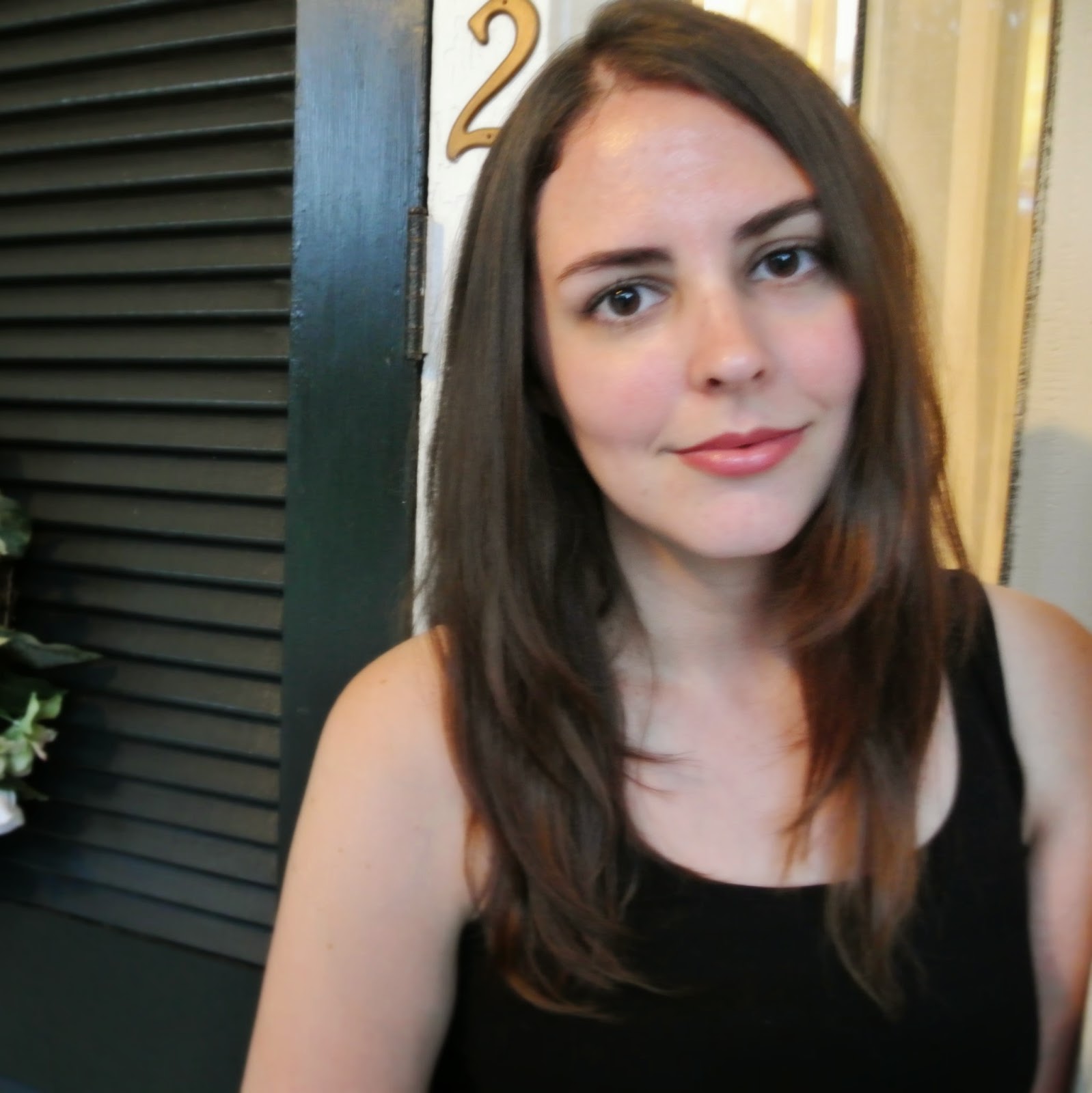 I’m Lindsay, author of the forthcoming YA historical thriller, SEKRET (Roaring Brook Press/Macmillan Children’s, Winter 2014). I’m an ex-Oklahoman and an unapologetic Washingtonian. I have an unhealthy fascination with foreign affairs. When I’m not reading or writing, I can be found nerding out over food, board games, modern history, the Science channel, and all things cheesetacular.
I write historicals and fantasies, sometimes in the same book.

For more on Lindsay Smith, check out her website here!

Posted by The Literary Connoisseur at 5:41 PM