This Changes Everything by Sally Ember 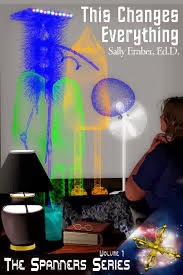 Clara Branon has always known that she's different. Since a very young age, Clara has been able to sense things that may not be all that normal. But she's lived her life like every other normal person out there...until one day when Clara hears voices in her house.
On December 21st 2012, five intergalactic beings appear before her and tell her that she has been chosen to be the Chief Communicator for Earth in the Many Worlds Collective (or the MWC).
Clara's life, and Earth, have changed forever.
Clara now has to learn to adapt to this new position in alien politics, and convince everyone around her that the book she's writing about aliens...is in fact true.
If there's one thing I can say for sure about Sally Ember's writing, it's that she knows what she's writing about. She's very, very intelligent, and so is her story. (With occasional witty humor that had me chuckling.) For instance, the five aliens that appear before Clara have incomprehensible names that resemble water trickling/bubbling, and other abnormal sounds, so they come up with nicknames taken from famous singers. Meet Mick, Ringo, Led, Diana, and Janis.
Sally Ember incorporates history, religion, Earth politics, and fact into her plot, which makes this story very interesting. I found her incorporation of Judaism and Buddhism very relatable and intriguing.
I can honestly tell you all that I am not a fan of Science Fiction, so I really am in no place to compare this book to other Sci-Fi books. But I will tell you, in general, this book was very well-written.
There's a point of the book where Clara explains her love life to the reader, and the complications that come along with it in this new world (because the book is told in separate parts, almost resembling World War Z), broke my heart. Clara's love life is not easy whatsoever, being the CC and all, but even though it killed me when she would pour out her emotions and heartbreak, that was my favorite part of the book. It gave a human touch to a book about aliens! I loved to read about Clara's personal life, and her son, Zephyr.
If you're a fan of Sci-Fi, this book was written for you! 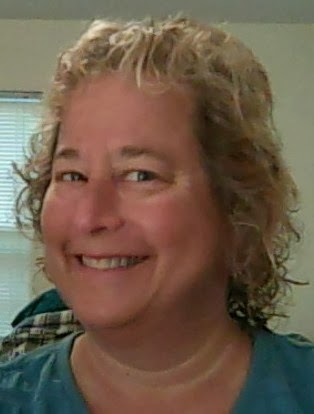 ﻿Sally Ember, Ed.D., is a published, nonfiction author and produced playwright whose sci-fi romance/speculative/utopian/paranormal/multiverse fiction, YA, New Adult and Adult series, "The Spanners," Volume I, "This Changes Everything," released 12/19/13. Volume II, "This Changes My Family and My Life Forever," releases Spring, 2014. Volumes III- X are in draft stages. Sally also has short stories and articles published and has co-written, edited, and proofread multiple media.Sally was raised Jewish and is a practicing Buddhist meditator. She is also an almost-daily swimmer, a mediocre singer/pianist, avid feminist, dreamer, and devoted mother/ sister/ aunt/ daughter/ cousin/ friend.  Sally has worked as an educator and upper-level, nonprofit manager in colleges, universities and private nonprofits for over thirty-five years in New England (every state), New Mexico and the San Francisco Bay Area (where she now lives). Sally has a BA in Elementary Education, a Master's (M.Ed.) and a doctorate in education (Ed.D.).

Posted by The Literary Connoisseur at 4:04 PM