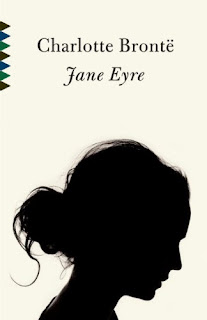 As far as classics go, Jane Eyre is not what I expected. I was expecting to be bored like so many teenagers who are forced to read this timeless tale. Bored, uninterested and completely lost when it came to how it was written (more specifically, WHEN it was written) and its phraseology.
Instead what I got from Charlotte Bronte's story of Miss Eyre, was entirely the opposite.
Jane Eyre was incredible and suspenseful from the very beginning, in my opinion. The way it was written and the mysterious and ghoulish happenings that occurred were almost horror movie-like.
Born into a poor family, Jane Eyre was an ugly duckling from the very beginning. After her parents died, she was forced into the custody of her Aunt and Uncle Reed, who were less than loving to her. Following her husband's death, Mrs. Reed becomes tired of Jane's attitude and decides to send her off to Lowood School, where Jane is treated equally as horrible.
But even after her rough childhood, Jane becomes a well adjusted young woman who finds a job as governess for a girl named Adele at Thornfield Hall. Where she also finds Mr. Rochester, the unpredictable, cocky and frustrating master of Thornfield Hall. (In my opinion, when women now read books about frustrating men who challenge the heroine's intellect and opinionated views, they're attracted to the original cocky yet charming man, Mr. Edward Rochester.)
I was given Jane Eyre by my uncle, who's absolutely in love with Jane's story.
After reading and appreciating this book, I have to agree with him. Jane Eyre is possibly one of the best books I've ever read.
It's shockingly scary, surprisingly addictive and absolutely wonderful.